SBI, as Usual, Creating Profit by a Transaction in Korea

In Korea, another chaebol, small though, went bust. It was Tong Yang Group. Total asset being less than 100 billion yen and not in top 30 chaebol list, but its bankruptcy made a ripple in Korean society. Tong Yang Securities, its securities subsidiary has been selling notes and commercial papers of the parent company to retail clients, of course knowing the demise. Having been endangered that their assets could turn worthless, the retail investors are angry. Korean Financial Consumer Protection Agency, which was established after the Lehman Crisis for the sake of investor protection, is getting letters of protest. Park Geun-hye, the President herself instructed to the Financial Services Agency for fair and strict proceedings.

The bust of the weak chaebol illustrates well the fundamental problem and weakness in the Korean economy, and its finance. Why Tong Yang Securities could place notes and commercial papers to investors with knowledge of financial demise? Rumor had it that bribe to officials mattered. In the Korean economy, camaraderie among regional ties and family trees still matter in decision makings. Hyundai Swiss Savings Bank, whose name recently changed to SBI Savings Bank, is deeply immersed in such a communal world. It seems like that the name-changed bank’s sales point being Kim Jon-uk, the freshly-appointed representative director. Disclosed curriculum vitae of him starts from KT&G (Korean Tobacco and Ginseng) in 1980, and then he moved as a credit officer of Chase Manhattan Seoul Branch, and further moved to securities firms. One SBI-related person talks; “we needed someone who can talk directly to the financial regulators. It is imperative to deal with them”. Certainly Mr. Kim started in a government agency. But KT&G was a tobacco monopoly, nothing to do with finance, and he stayed there only for 2 years. The same person, upon our interview, reiterated: “As we set aside substantial reserve (reserve for doubtful loans), it (SBI Savings Bank) has hit the bottom”. This remark is exactly what Yoshitaka Kitao, president of SBI has been stating. Unlike Kitao, who dispatches instruction from the headquarters in Tokyo, this person who had been dealing with Korean regulators, confessed: “I think we have done what we could do, but here in Korea, the regulators decide everything, influenced by their own reasons. Also, the state of Korean economy matters. Thus, I am not at all optimistic”. Sadly, even if SBI puts up reserves, and changes directors, it cannot be assured. Everything hinges on the Korean regulators. One can never forget, that the Korean economy, especially financial industry is still in midst of crisis. One person works in a think-tank of a chaebol points out that a multiple of Korean banks may go belly-up in sudden-death.

SBI, on its part, registered 90 billion yen goodwill on its balance sheet, changed directors, and tried to restart, but Korea is still a chaebol-dominated society, and saves for niche-area, Korean business is blocked for SBI by regional-tie, family-relationships, and school networks. Chaebol-controlled financial firms cover most of the companies. Smaller savings banks have no other alternatives to deal with niche companies, and gather deposits from individuals lured by higher interest rates. Under auspices of Kim Guan-Jing, its former chairman, Hyundai Swiss Savings Bank tried to pave ways in consumer finance, but the attempt failed in vain with massive dud loans.

The above-mentioned SBI-related person says SBI Savings Bank is considering making inroads into corporate lending in Korea. Corporations mean small to medium sized companies. In terms of Japan’s finance, they are customers of smaller credit unions and credit cooperatives. At SBI Savings Bank, it assigned a special lending team head-hunted from other banks. If that is the case, SBI’s release in Japan dated September 26th is noteworthy. It states that SBI Mortgage, a Korea-listed mortgage lender bought 100% of SBI Lease, another SBI subsidiary. The proceeds were at 4.3 billion yen. SBI Lease was established in 1999, by Softbank Finance, then operating under Softbank. Mainstay business was a leasing of modems for Softbank’s ADSL (Asymmetrical Digital Service Line). We don’t see any synergy with mortgage lender, even though the SBI Lease shifts its business to auto leasing, and it seems like the routine operation of SBI to create profit before the 2Q fiscal end. We would like to point out the source of the money. SBI Mortgage raised money from Korean public in its IPO of April 2012. Therefore, Korean investors’ money was used to buy SBI 100% subsidiary. Furthermore, there is a possibility that the “corporate loan” from SBI Savings Bank in Korea could have been utilized. That is exactly similar scheme as disciplined by the Korean authority that the former Chairman Kim Guan-Jing used the bank money as loans to his relatives (and friends), creating huge non-performing loans. SBI Savings Bank, with its fresh name, playing the similar role as the former Hyundai Swiss Bank.

Acucela, a promising bio venture from Kitao’s eye, is engulfed by a dark cloud. He mentioned this company many times in the recent presentations, but its looks like Mitsubishi UFJ Securities, the IPO sponsor is not positive in its early IPO, as it is not domiciled in Japan. It cannot make an IPO in the United States either, as its drugs are just in phase 1 stage of clinical trials. The most promising of all bio-related investments, Reprocell, who garnered one-time paper profit to SBI, may bring in 10 billion yen paper-loss in 2Q, as Kitao missed to sell after the IPO. Kitao may need a profit from SBI Lease sale. Oh poor Korean investors… 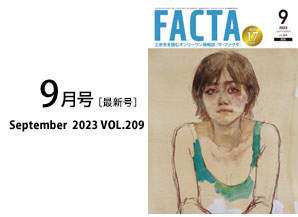